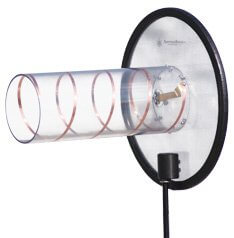 Unparalleled drop-out free RF performance for In-Ear and Wireless Mics, delivering more than double the range over other antennas

The PWS Helical Antenna is part of a new generation of antennas that provide greater bandwidth, longer range gain and more flexibility in wireless communications.

Unlike the traditional whip antenna, which transmit and receive signals in a single polarization, the helical antenna distributes signals multi-dimensionally. The circular motion of the RF field emitted by the helical antenna reduces the risk of drop-outs and guarantees the strongest possible signal.

This antenna is particularly useful in large-scale events, where it is virtually impossible to control the orientation of both the sending and receiving ends of communication. 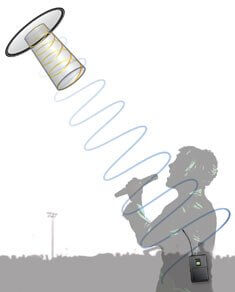 It can be used in a couple of different ways – as an In-Ear Monitor transmitter antenna or with a receiver for wireless microphones.

Typically performing artists wear a receiver that includes a ¼ wave whip antenna. Any movement can result in a lower quality transmission. With the helical antenna, RF energy rotates through 360 degrees of polarization, providing crystal clear reception in the artists’ ear no matter how much they move or where they go on the stage.

The same applies when an artist is using a wireless microphone. A helical antenna can be used with the receiver for greater performance no matter how much the handheld microphone is moved around.

Typical antennas suffer from polarization. This isn’t so much of a problem under normal circumstances, for example, the large vertical FM antenna tower broadcasting a local radio station is being received by the vertically mounted antenna on your car. The trouble is, in the entertainment and events industry, antenna polarization is becoming a major issue. Larger venues and more RF used for performer microphones, in-ear-monitors (IEMs) and crew communication are causing headaches for audio engineers.

The helical antenna, which eliminates polarization problems, has been around for decades, but was previously used only for military applications and for satellite communications. Helical Antennas are increasingly being utilized in the entertainment and events industry where drop-out free coverage is critical.

During setup and testing, audio engineers typically place a wireless microphone in a stand, with the whip antenna positioned vertically. Using a standard paddle antenna, also positioned vertically, they get a strong signal. The trouble is, no performer is going to stand still and keep the antenna on their microphone or belt pack perfectly vertical. As they move around, they change the polarity of their transmitter or receiver antenna, causing signal dropouts. The helical antenna eliminates these problems. Its circular polarization receives and transmits both vertical and horizontal signals and every angle in between. The result is greater bandwidth and gain and the strongest possible signal.

Plastic clamp on rear of antenna 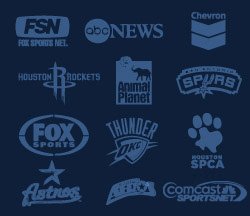